James Richard Hosmer, 73, resident of Barnum, died peacefully in his home on Friday, January 13th, 2023. He was born in Park Rapids, MN on October 3rd, 1949 to Orie and Marvel (Bergstrom) Hosmer.

Jim was raised in Eagle Bend, MN. He attended school there where he graduated in 1967. Jim was a talented athlete and musician in high school which evolved into passions he would carry with him throughout the rest of his life. On June 20th, 1970, Jim married his high school sweetheart and the love of his life, Iris Anderson, in their hometown of Eagle Bend. Jim graduated from Moorhead State University in 1971 with his teaching degree. Shortly after, Jim and Iris moved to Barnum, MN where he began his teaching career in social studies. They began their family in 1973 with the birth of their first son, Christian. Jonathan and Matthew followed, making their young family complete. During his dedicated career at Barnum, Jim taught Driver’s Education, coached football, basketball, and track. Jim earned his Master’s Degree from University of Minnesota - Duluth and his principal license from St. Cloud State University. He served as Barnum’s Principal from 1998 until his retirement in 2005. He was a lifelong learner who was multi-talented. Jim enjoyed fishing, reading, preaching, and directing cantatas, but nothing was as important to him as his family and watching his grandchildren play sports. Jim was a devoted member of Mahtowa Covenant Church. He will be remembered as an educated and knowledgeable man who will be missed for his genuine and compassionate ways.

He was preceded in death by his parents, Orie and Marvel; infant grandsons, Liam and Elijah; sister-in-law, Dell Orr; and brother-in-law, Bill Stillwell.

A memorial service to honor Jim’s life will be held in June, 2023. Please check back for updated details at hhkfuneralhome.com.

Arrangements are with Hamlin-Hansen-Kosloski Funeral Home. 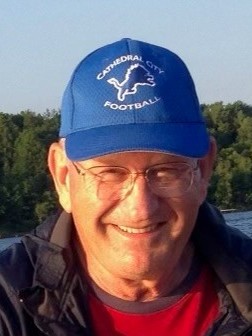