We see that you have javascript disabled. Please enable javascript and refresh the page to continue reading local news. If you feel you have received this message in error, please contact the customer support team at 1-833-248-7801.

Carl “David” Matteson, age 83, went to be home with his Lord and Savior, Jesus Christ, after a courageous battle with multiple illnesses over the past two years on September 14, 2022 with a view of the lake at his home on Pokegama Lake.

Dave was born September 25, 1938 in Cloquet, MN to Carl and Marget Matteson where he graduated from Cloquet Senior High School, lettering in multiple sports including being captain of the hockey team. Upon graduating from the University of Minnesota Duluth with a business and accounting bachelor’s degree, Dave started his career in the accounting department of Northwest Paper Company / Potlatch. After serving as Carlton County Auditor/Treasurer he returned to Potlach, then retired in 1995 from Blandin Paper Company as controller. Dave served for 26 years on the Members Co-op Credit Union board, he also held leadership positions in Junior Achievement U.S.A., and various non-profit advisory boards.

When not enduring monthend financial closings at the office, Dave very much enjoyed fishing even though being “skunked” occasionally! An avid sports fan, he was especially fond of a “good skating hockey game” or a “spirited” boxing match and spent many late-night hours watching dvr “taped” games. The enjoyment of ice skating well into his 70’s even after a hip replacement reminded him of youthful days at the 14th Street rink. Dave waterskied well into his 40’s then enjoyed pulling the boys and neighbors. Watching the sunset was a nightly event that usually was captured on film for the rest of us to enjoy over and over and over again! As age crept in, Dave cherished time with his grandkids and participation in the cribbage league.

Visitation will be Friday, September 23, 2022 from 3-4pm, followed by a memorial service at Rowe Funeral Home in Grand Rapids, MN. Pastor Mike Palkie will officiate. Burial will be at the Maple Grove Cemetery in Cloquet, MN.

Arrangements are with Rowe Funeral Home and Cremation Services in Grand Rapids, MN. To sign the online guestbook or send condolence visit 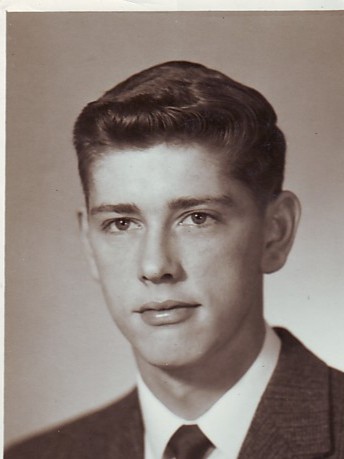